9 valuable collectibles you can invest in

Masterworks.io examined various collectibles and their sales over the past year and explored why people may choose to collect certain items. 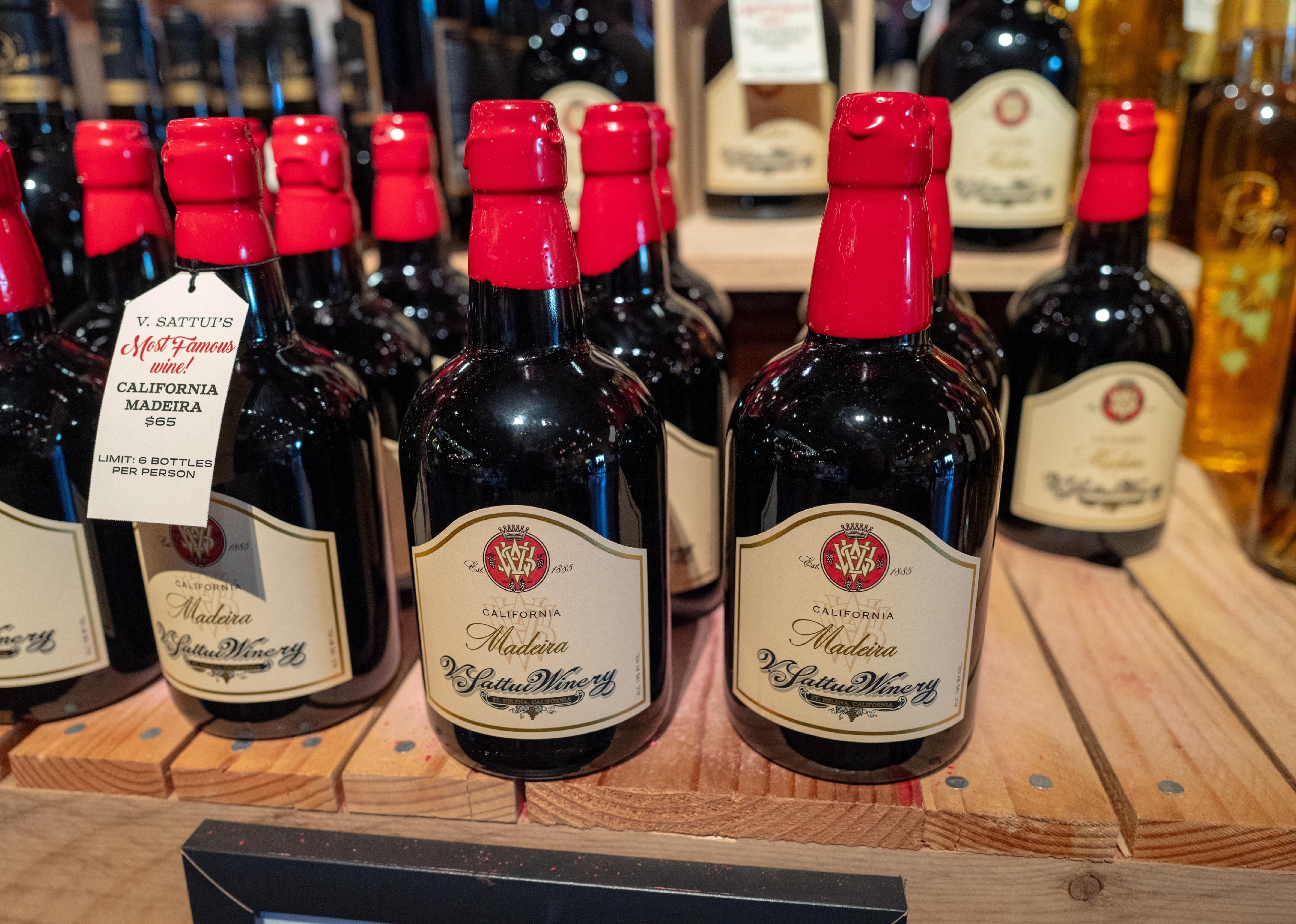 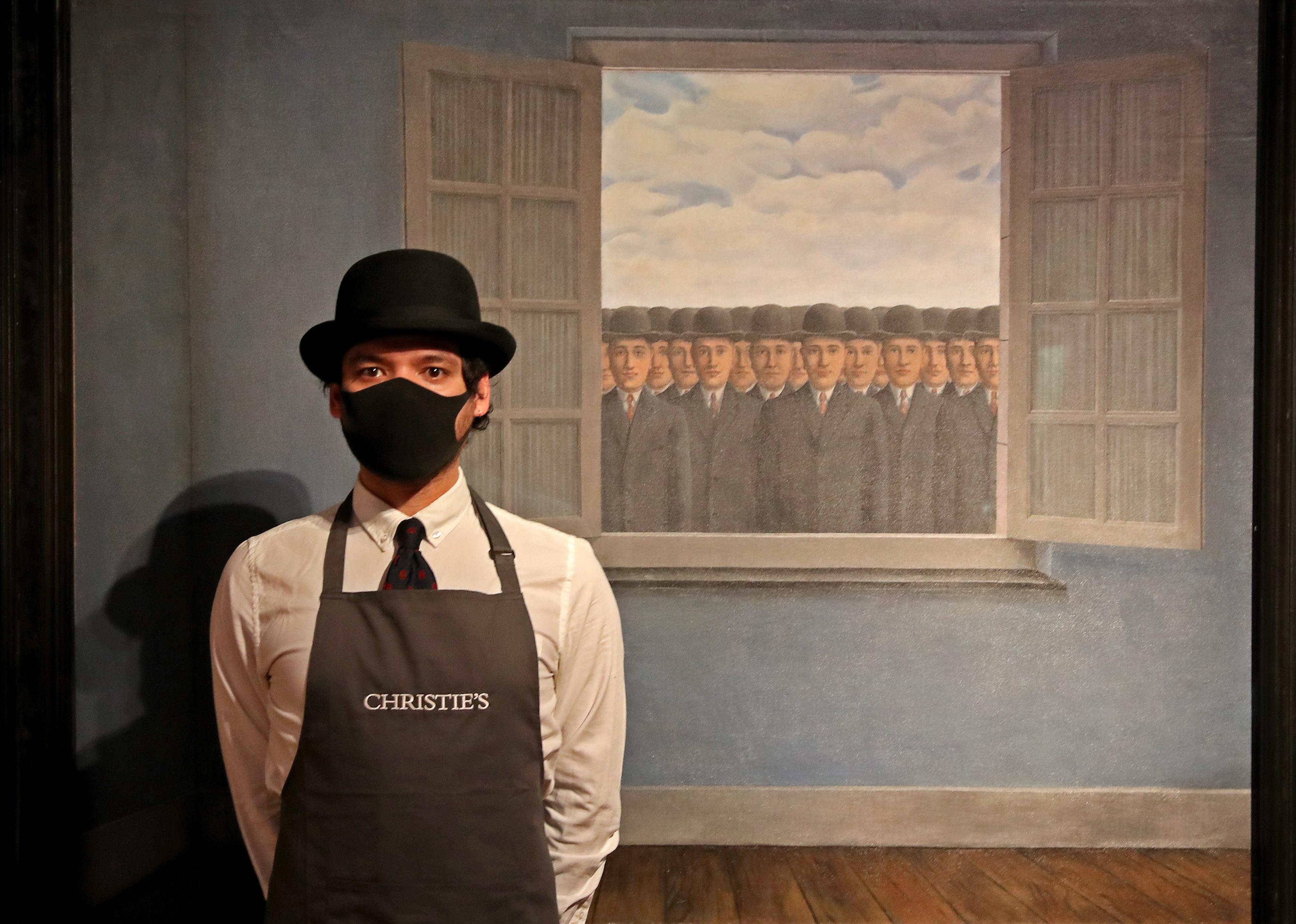 Despite record-level inflation, alternative investing—particularly in high-end art—is on the rise.

There are numerous reasons why people collect things, whether as a favorite pastime or for the challenge of accessing unique objects, in hopes their values will increase over time. Nearly 85% of collectors feel their collections may be worth money someday, according to a March 2022 MagnifyMoney survey.

Masterworks.io analyzed data and reports to examine various art and collectibles and their sales over the past year and explored why people may choose to collect certain items.

Collectible investments are tangible and have the potential to gain value and diversify a collector's portfolio. Some elite collectors have received thousands of dollars from one-of-a-kind items sold at auctions. For elite collectors who purchase prototypes and are in the know about uber-limited releases, the collectors' circle can be ultra-niche within select Facebook groups, private meet-up groups, and exclusive email lists and auctions.

Whether it's a high-roller collector with a penchant for vintage cars or avid LEGO collectors who just discovered collecting the sets is as good as gold, there may be something to collect and invest in for everyone. Keep reading to discover nine valuable collections you can invest in. 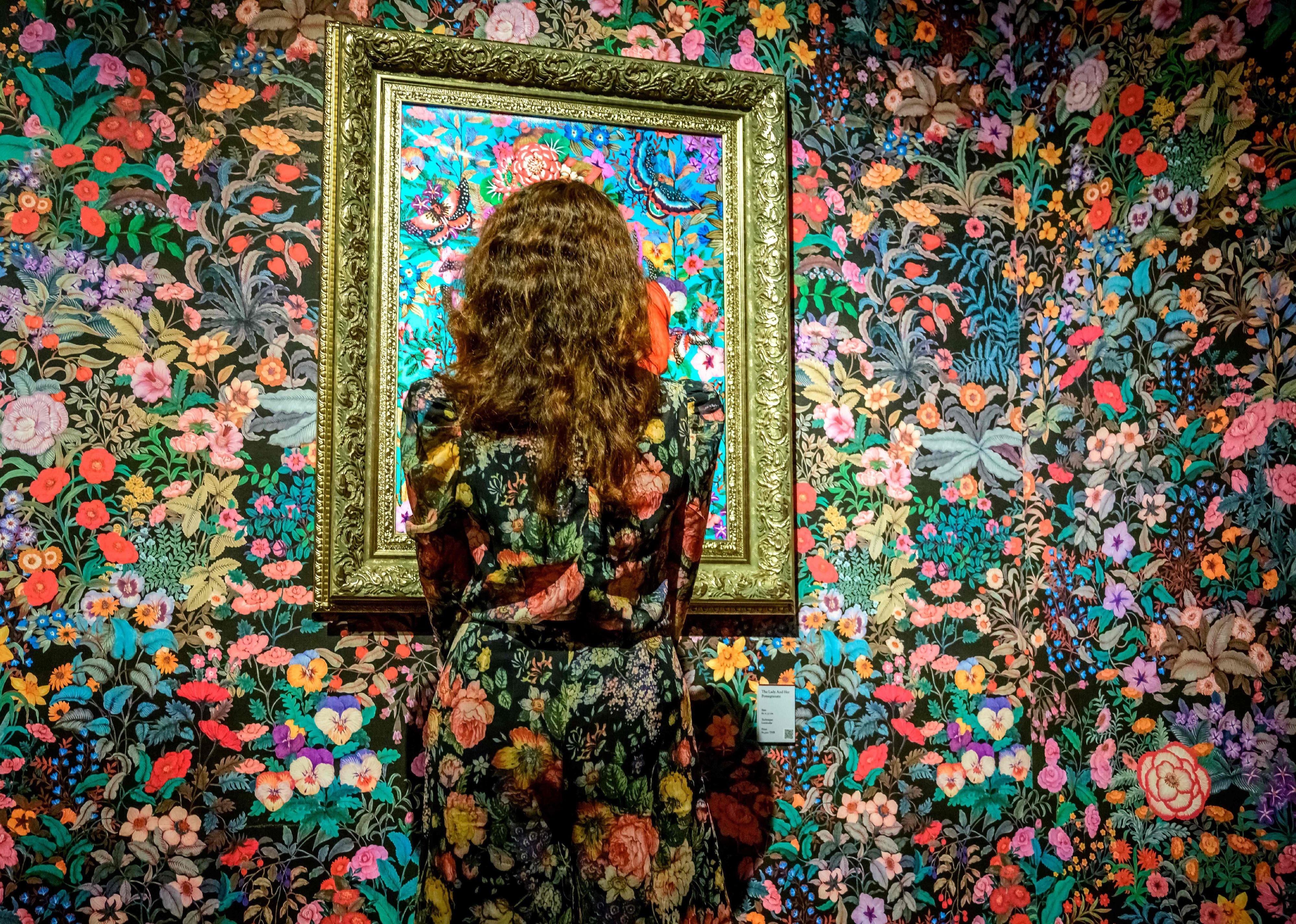 Most art collectors are devoted to having a piece of history and appreciating the beauty of the artistic craft. Often, the story and voice behind an artist's work resonate with collectors, who may be attracted to pieces that inspire an emotional connection.

Experienced art collectors in the investment market often prefer purchasing accomplished artists' work, those who have been creating for a while and have established followings. Having a history of well-received exhibitions, awards, and accolades under an artist's belt can also indicate good standing in the art world. In July, Christie's auction house reported art sales totaling $4.1 billion in the first half of 2022. 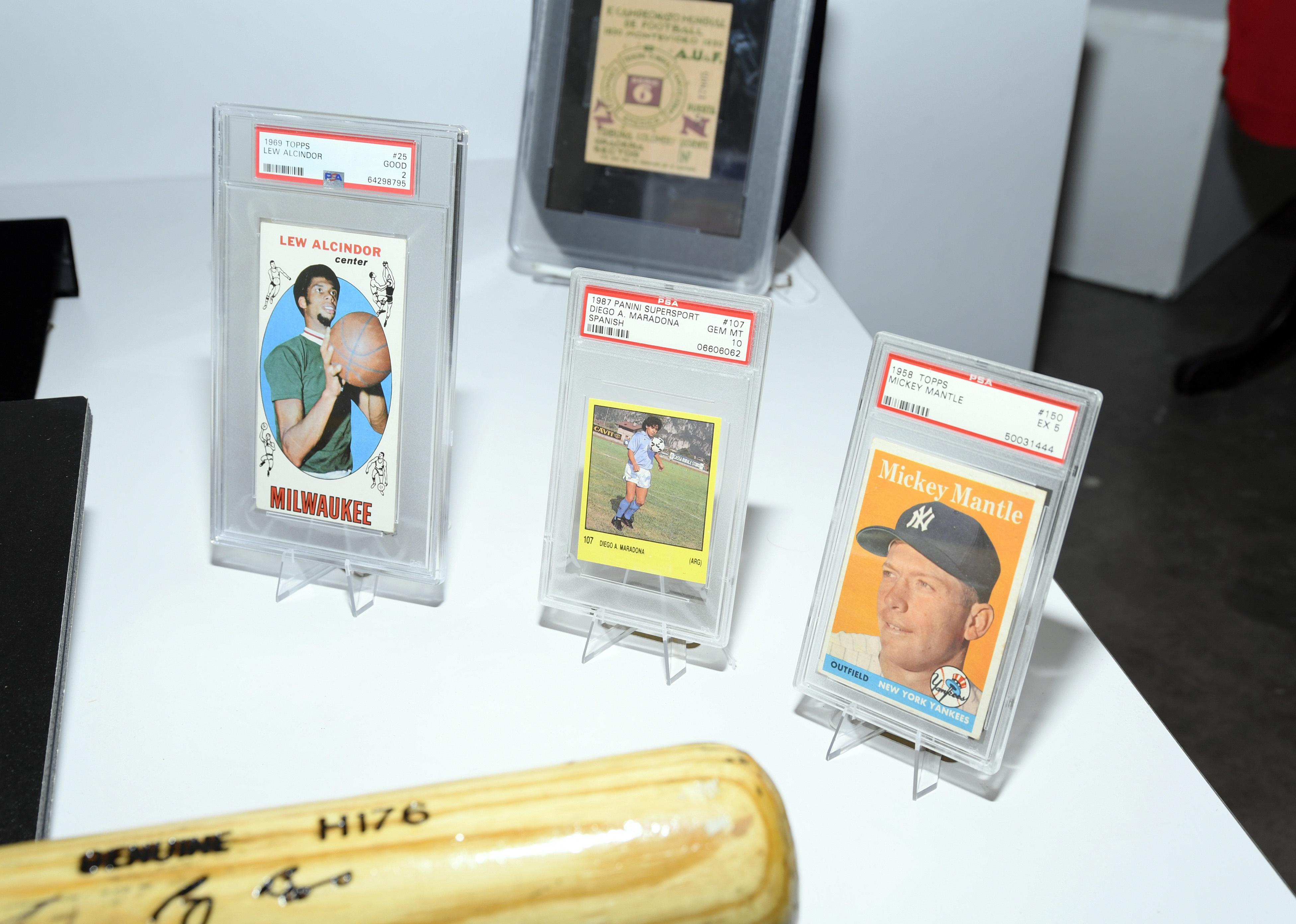 For many, collecting sports cards grew from a love for a certain game or a favorite sports hero. Many will collect cards based on specific players, teams, rookie cards, or other types of interests. Of course, for many others, cards are a big-time investing market as the popular childhood pastime has become a big business.

Some variables that card collectors look for when determining the worth of a sports card include autographed rookie cards, the year it was printed, and the manufacturer's brand. For collectors, it's almost like playing the lottery: You can hit it big or miss. In August, a 1952 Topps Mickey Mantle card sold for $12.6 million—a prime example of a collector hitting a financial homerun. 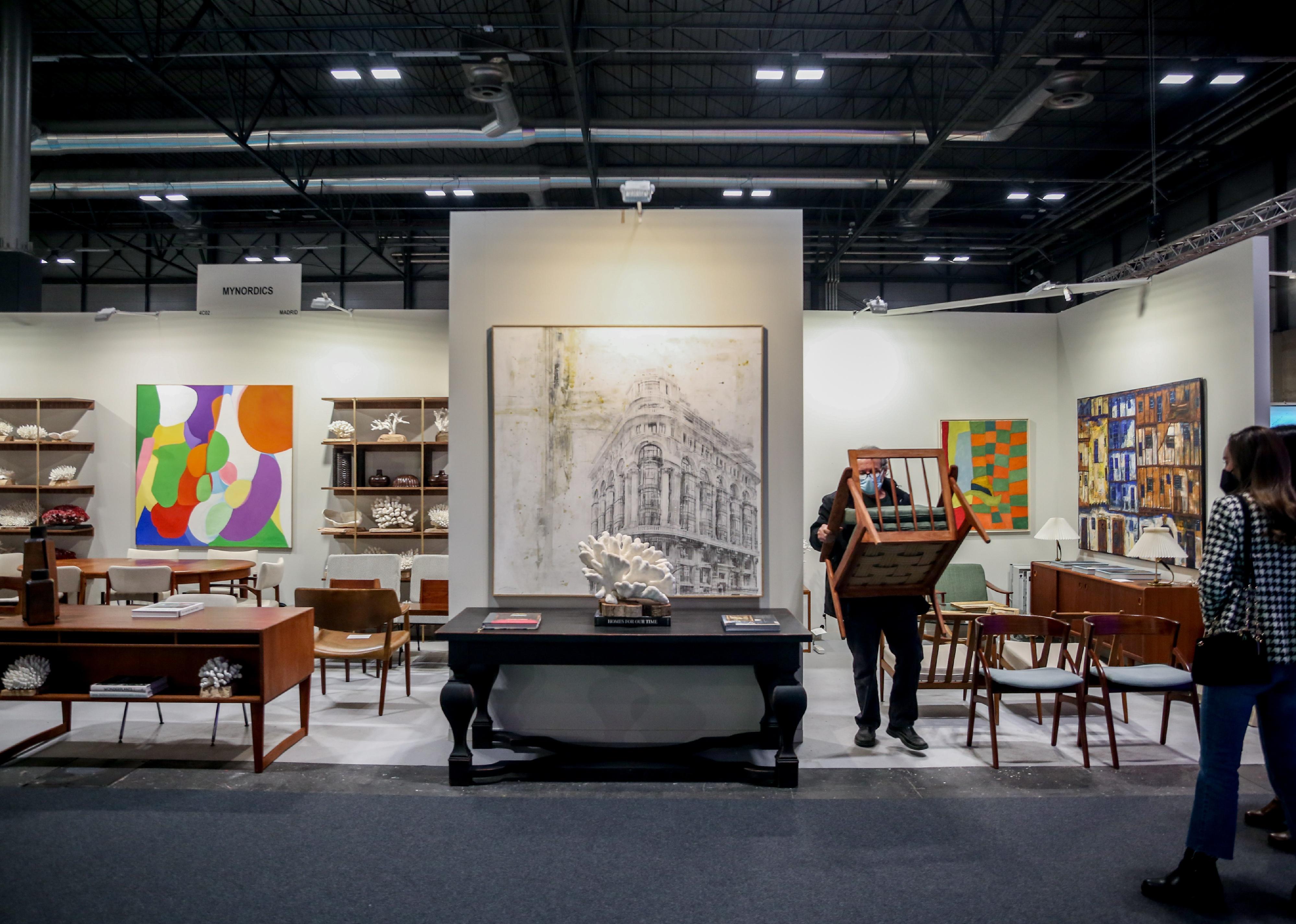 The home furnishings market saw a significant boom during the COVID-19 pandemic, growing twice as fast between 2020-2021 as the same period between 2019-2020, according to the Chairish 2022 Home Furnishings Resale Report.

Used furniture, in particular, is in higher demand. The same report found that while U.S. home furnishings spending grew by 34.7% since 2015, resale home furnishings grew by 62.6%. And in the last year alone, 36% of consumers bought secondhand furniture or homewares. An affinity for resale home pieces is widespread among higher-income people.

Antique furniture must be at least 100 years old and is best considered a medium- to long-term investment. On the plus side, antique furniture holds its value, and you can use it while its value matures. Collectors place more value on rare pieces and often seek out ones in demand—so would-be investors are wise to study the market before purchasing a piece. It's been said that a car loses value as soon as it's driven off the dealer's lot. But certain classic cars gain value over time, especially if minimally used and in top condition. Classic car categories can vary based on which state they're registered in, as well as the car's historic status and modifications. But generally, a car is considered vintage if it was made before 1930. An antique vehicle is at least 45 years old and a classic car is at least 20 years old.

Cars are considered a large-ticket item in terms of cost, and collectors know they can make a huge chunk of change selling them. A 1937 Bugatti Type 57SC Atalante sold for $10.3 million during the Gooding Pebble Beach classic car auction in September 2022. The following month, a 1955 Mercedes-Benz 300 SLR Uhlenhaut Coupé claimed its spot as the most valuable car in the world when it sold for $143 million at a special auction in Germany hosted by RM Sotheby's. 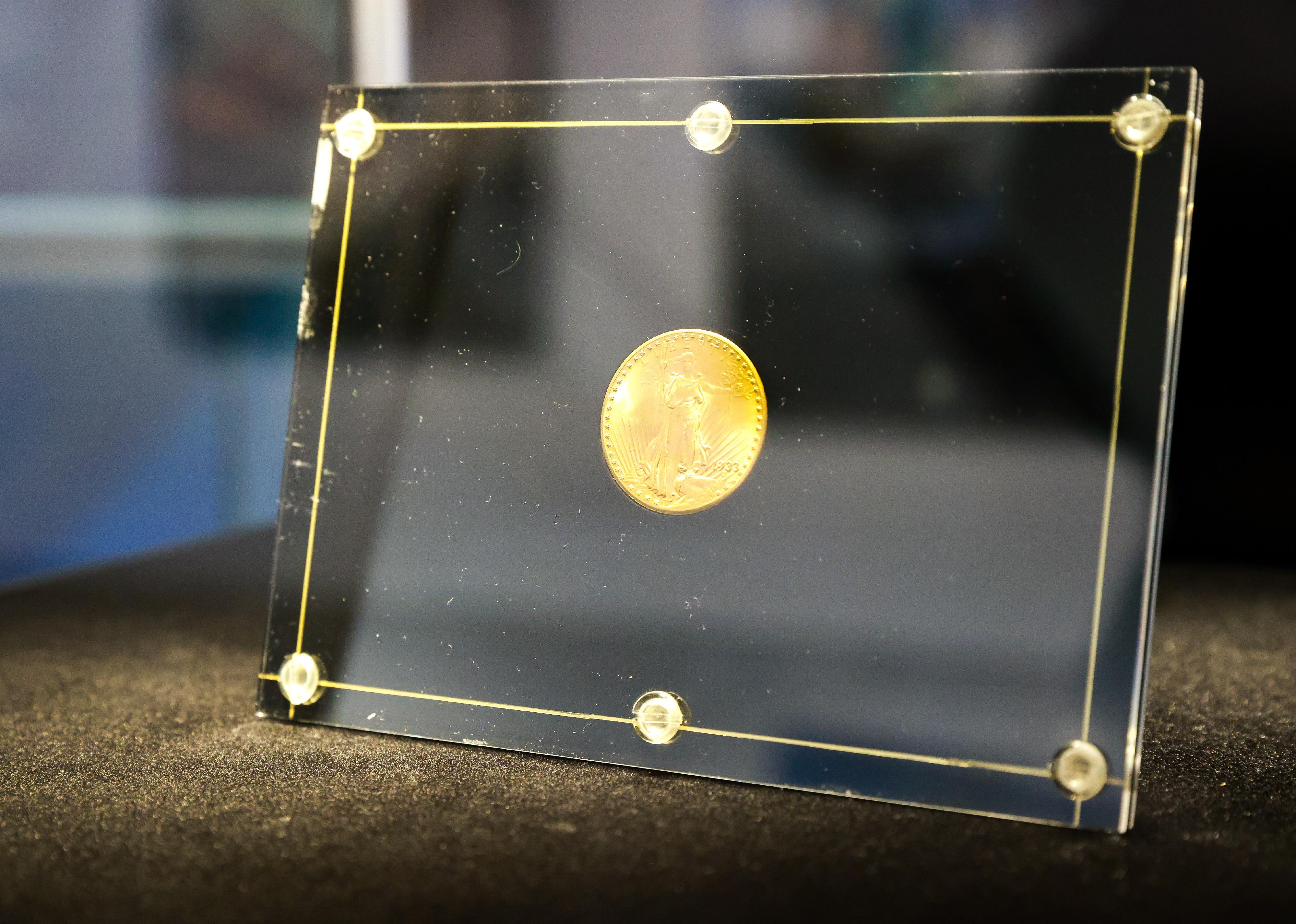 Coin collecting involves more than just saving up loose change in a purse or wallet.

For avid coin collectors or numismatics—people who study and collect currency—it's just as much about the coin's history as its value. Coin collectors are likely already familiar with America's most valuable coin—the Saint-Gaudens Double Eagle, created from 1907 to 1933— sold for $20,165,100 in 2022.

There's also the Flowing Hair Silver Dollar that dates back to 1794 and is worth over $10 million. Heritage Auctions, the world's largest collectibles auctioneer, topped $87.5 million in sales with the exceptionally rare D Saint-Gaudens Double Eagle in August 2022. 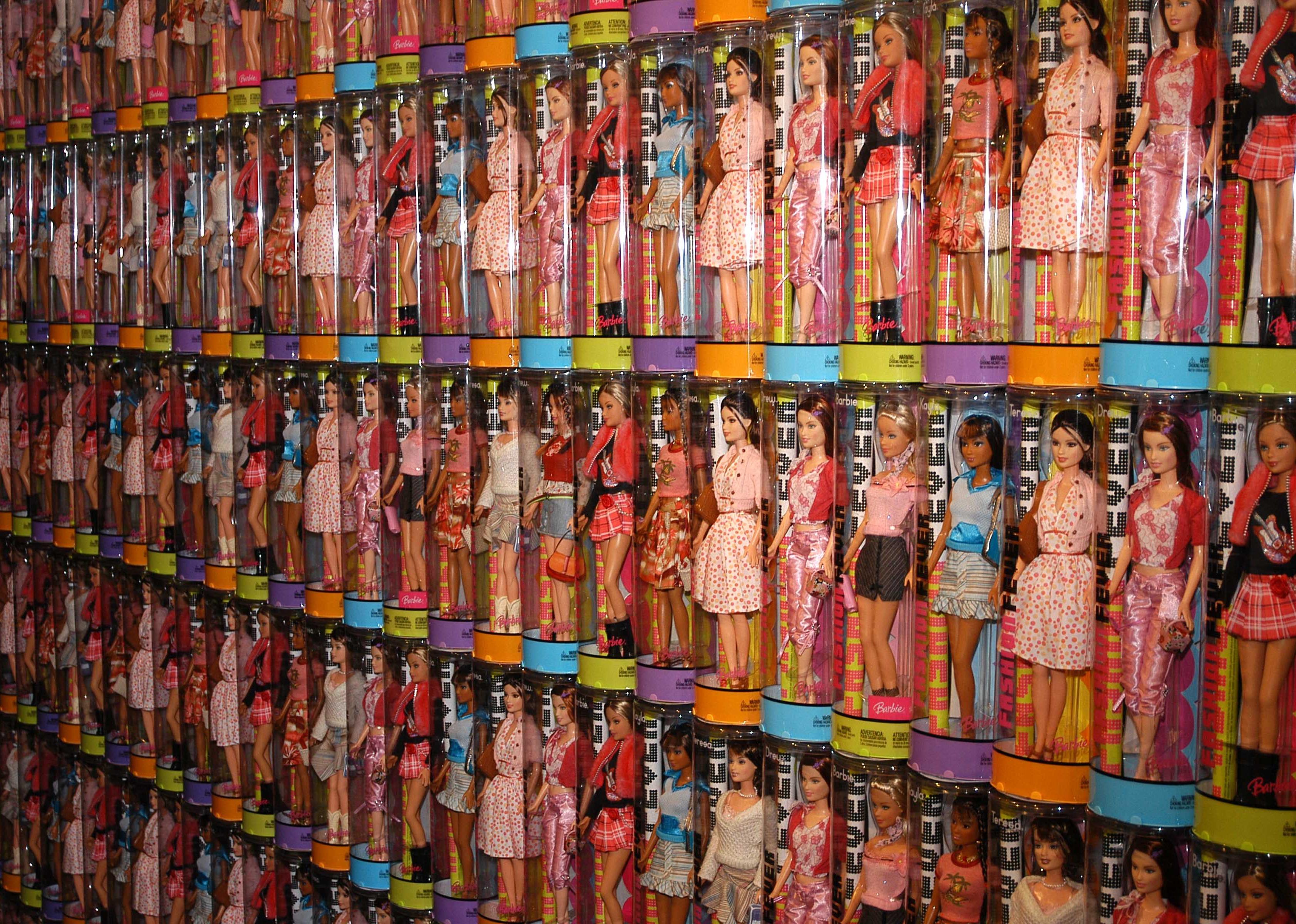 Toys have a way of sparking joy and nostalgia, which may be factors why these items remain popular collectibles.

The first Barbie doll, Barbara "Barbie" Millicent Roberts, was introduced to the American public in March 1959 and immediately rose to popularity. Considered by many as an icon of Americana, Barbie has gone on to take on countless careers from teacher to astronaut.

Despite decades-long criticism of the doll for its unrealistic body and hair, sexualized outfits, and ideal first love, Ken—and the adverse outcomes this may have as young children deal with their bodies and mental health—the doll remains one of the most sought-after collectibles today. In 2010, an anonymous bidder shelled out $302,500 for a custom-designed Barbie by Australian designer Stefano Canturi.

Barbie isn't the only toy of fascination, of course. A Boba Fett prototype from the Star Wars movie franchise sold for $236,000 in June 2022. The item, from Kenner's 1979 Star Wars toy line, was found to be a choking hazard and was pulled from shelves, making the product a rarity. 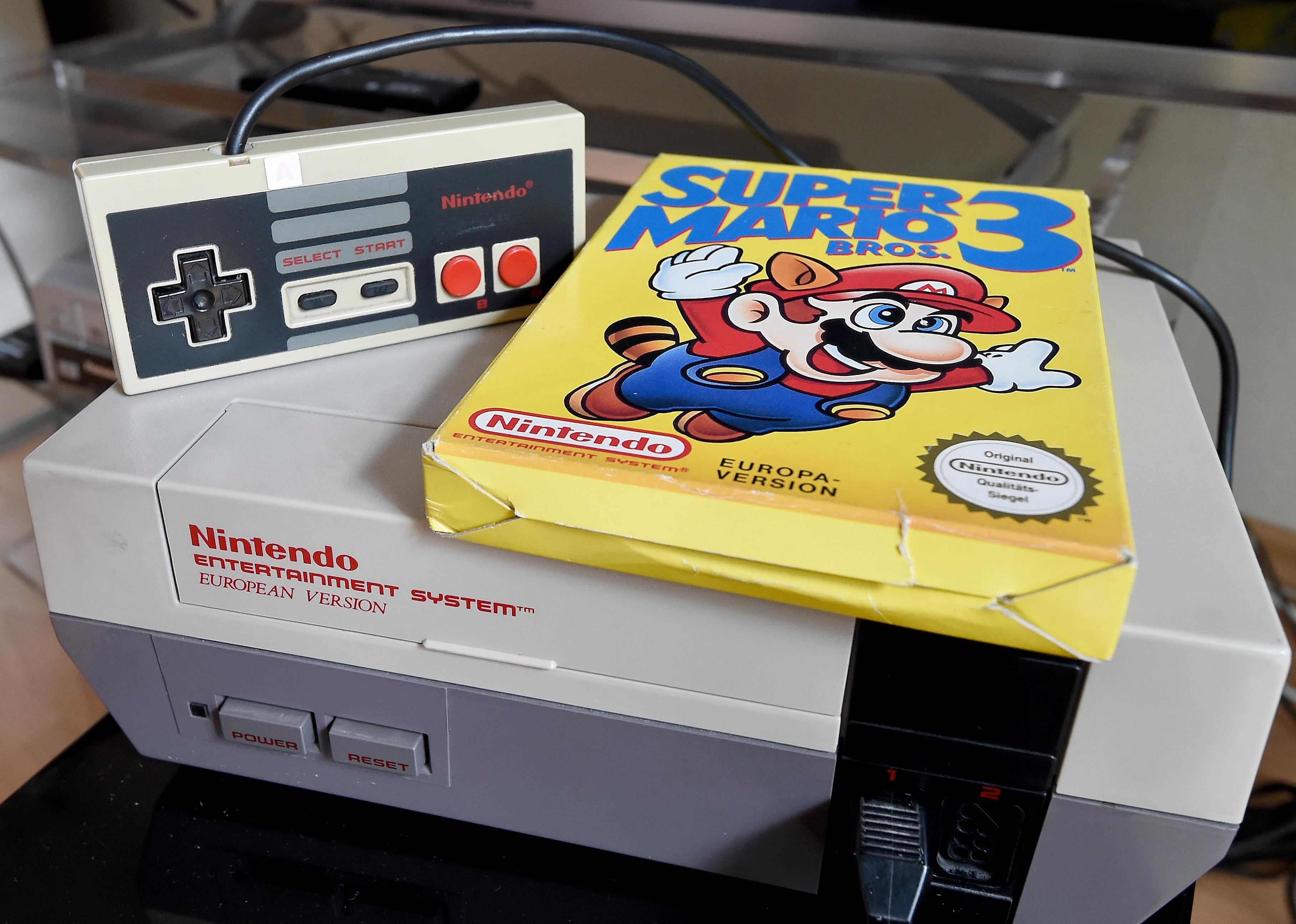 Most people who collect video games and their consoles do it for fun because they value the game's cultural significance or hope to one day make money, as some games in close-to-perfect condition have sold at auctions for an attractive price.

A collectibles company announced in July 2021 that a 1985 sealed Super Mario Bros. video game sold for $2 million. The original console was unopened and still intact, a rarity for a game that's been around so long.

Demand for nostalgic items surged during the early stages of the COVID-19 pandemic as people spending more time at home searched for creative ways to make money. But not everyone who kept their Nintendo or Sega Genesis will make a fortune. A system in place determines the value of a game: the number produced, the location of release, and whether the items in the original box—including manuals—are still intact. 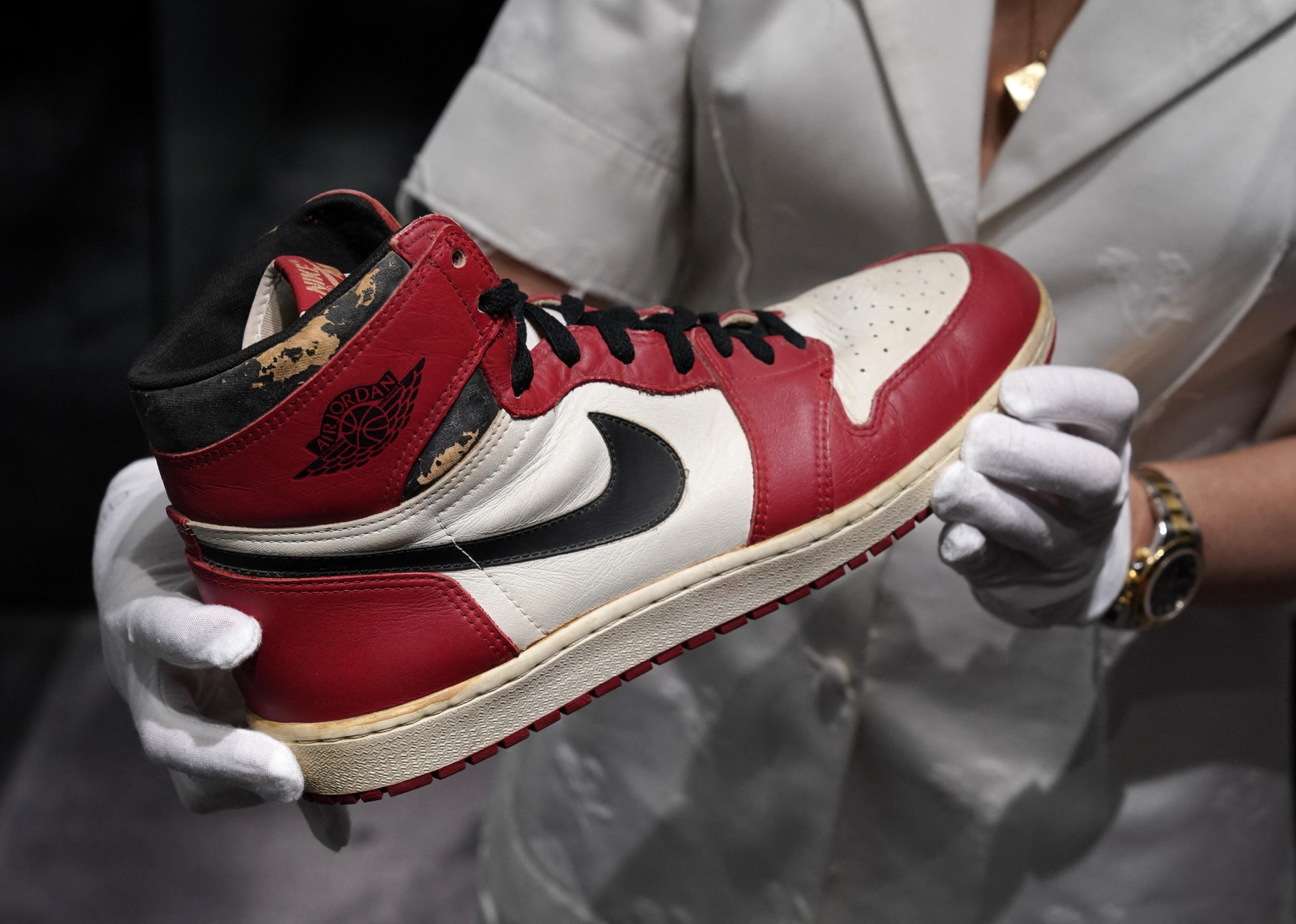 "Sneakerheads" have no qualms about shelling out huge sums of money for their sought-after footwear. Shortly after the public release of Michael Jordan's Air Jordan 1 shoe in 1985, a mainstream collectible sneaker following was created, especially for the Jordan brand. Research firm Cowen predicted a $30 billion global sneaker resale market by 2030.

Over the years, sneakers have auctioned for hefty prices, with a pair of Converse shoes donned and signed by Michael Jordan during the victorious 1984 Olympic game selling for $190,372 in 2017. To top that, in 2020, the Nike Air Jordan high tops worn by the basketball star during a game in Italy sold at an online auction for a record-setting $615,000.

In February 2022, 200 pairs of the first Louis Vuitton and Nike Air Force 1 sneakers, created by the late fashion designer Virgil Abloh, sold for $25.3 million in Sotheby's online auction, with the most expensive pair going for more than $350,000.

Any sneakers you're considering an investment in should be in like-new condition, and there should be some indicator of demand.

Even if you're not an expert, investing in wine can be profitable. New services are now available that provide expert knowledge about wines, utilizing technology such as AI-driven algorithms that show profit-making wines in which to invest.

Short of AI-assisted investing, newbies can expect to spend around $15,000 to get started. That's because of fixed pricing and the market itself—but it's much cheaper than investing in a home. Buying wine through an auction house additionally comes with a 15%-25% premium.

It doesn't appear that wine investments are slowing down anytime soon. In 2021, Sotheby's made a record $132 million from its annual wine and spirits auction sale.

This material is provided for educational purposes only. It is not investment advice and should not be the basis of an investment decision.

This story originally appeared on Masterworks.io and was produced and distributed in partnership with Stacker Studio.